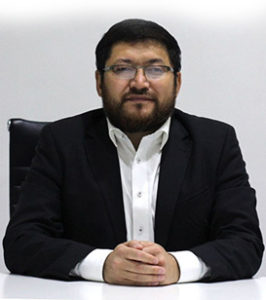 In the Name of Allah, the Most Gracious, the Most Merciful!

Currently, OIC countries pay much attention to supporting science, education, and building mechanisms to accelerate innovation-based development. One of the most priority mechanisms in the perspective of Eurasian Fund for Innovation Development (EFID) is creating favorable conditions for the search, selection and development of talented people and providing opportunities for their work in their own countries to prevent "brain drain", as well as attracting leading experts from all over the world to working on areas of science and technology which will be recognized as a priority for OIC countries. We witness this practice of attracting leading specialistsin Dubai Airport. With the well-thought-out efforts of government, such working conditions were created that today thousands of the best air traffic controllers, technicians and builders from all over the world work there. Thanks to their contribution, one of the world's largest airports was built and successfully operates at the place where a bare desert stood before.

To continue this strategy, the Fund proposes to create
• a network of model innovation centers aimed at the search, selection and specialized training of talented unconventional people (school-age and older) and
• favorable conditions for the profound development of their inventive personality by granting access to advanced knowledge and communication with leading specialists in the priority areas of knowledge.

As in the case of Dubai Airport, such conditions need to be created in innovative centers that not only local talented youth, but also leading experts from all over the world sought for getting there. Undoubtedly, creation of such innovation centers requires serious funding, which in turn requires appropriate government programs adopted. In addition, Islamic countries have an additional advantage over other countries since they have a well-developed system of Islamic financing via which successful Muslims can provide financial support to innovation centers both on a mutually beneficial basis (participation in profits from innovation activity) and on the basis of Sadaka donations for the benefit of science and technology aimed at prosperity and raising intellectual authority of the Islamic world.
A brief description of the need for and general principles of opening the above-mentioned innovation centers in modern context is given in the Presentation of the Conception for the OIC Innovation Capacity Building and the Action Plan for the Establishment of Innovation Centers of OIC Countries which were prepared by the EFID as a private initiative and submitted for review to various private foundations and governments of OIC concerned with domestic innovation. This EFID initiative is an attempt to find a way of reviving that level of Muslim science and technology which was one of the highest in a certain period of time but, unfortunately, was lost in modern history. Today, science and technology in OIC countries is lagging far behind the developed Western countries. This lag not only creates serious obstacles to prosperity among Muslim world, but also diminishes the authority of Islam as a religion in the eyes of surrounding people who increasingly perceive peoples of Islamic countries not as bearers of advanced knowledge and wisdom, as was once in medieval world, but as non-educated peoples of technologically backward countries tailing along modern civilization.

Moreover, this lag is particularly dangerous in the future as it leads to the outflow of talented young people from Muslim countries to the leading technological centers of the West. This leads not only to today's weakening of the innovative capacity of OIC countries, but also to further degradation of overall level of education, science and technology as the most scientifically gifted people go to the West as they can realize their creative potential only there. Unfortunately, they will not be able to transfer their knowledge and experience to new generations in their home countries. And therefore every year this technological gap will grow. If we do not reverse this situation in the near future by creating innovative centers in OIC with better working conditions than those in leading Western innovation centers, all other measures of state support will be meaningless since there will just be no one to give grants and provide support to. The reason is that talented people will just leave to where they can realize themselves. As a result, OIC countries will remain countries consuming achievements of modern civilization that will be developed in the West (including using the brain of the most talented Muslims) and sold to OIC as finished high-tech products in exchange for oil, gas and other natural resources.

1. At all times, everything new (be it music, painting, scientific or technologic discoveries, any inventions and innovations) was created only by particularly gifted, talented individuals. Talented people shape the development of any facets of civilization. Music is written by composers, poems are written by poets, pictures are painted by artists, songs are sung by singers, etc. In every domain, very talented people can create masterpieces that go to the treasury of the achievements of human civilization. But in order the composer to make his masterpiece to be performed for hundreds of years, it is necessary to give the opportunity to a small person who is endowed with the composer talent to study musical literacy, hear musical works created before him or her by great composers. And in this case only there is a probability that the talent will manifest and humanity will receive another beautiful melody. The same can be said about any kind of activity. To grow a talented person (composer, chess player, athlete, singer, artist), it is necessary to provide access to a wide a range of young children to developing their talents from an early age.Whereas in most developed countries such conditions are created for musicians, sportsmen, chess players, and singers, there are virtually no such conditions for searching, selecting and developing talented inventors and innovators. Therefore, the chance for a talented inventor to develop his talent and make a great discovery is just as small as if Bach or Mozart were not given the opportunity to play musical instruments and people would expect them to create musical masterpieces. And imagine how many such Bachs and Mozarts would not be found by the world only because they were born in poor families and had no access to music education. Just as the world would have hardly recognized Capablanca or Alekhin if they had not had access to chess as a child.

2. Today, many activities bring huge profits to talented people and their environment (managers, producers, coaches, administrators) owing to globalization since talented people gain access to a huge audiencevia television and the Internet. Who would have thought 30 years ago that a football player can earn 60 million euros a year like Lionel Messi? His story in general is very revealing in this sense. He was born in a poor family of a worker and a cleaner. But since five years he had played football in an amateur club under the guidance of his father. At the age of 11, he was diagnosed with an illness that required $900 a month for treatment. Neither the parents nor the children's club in which Messi played then had such money. At the urging of one of the shareholders of Barcelona club, Messi's father drove him to a show at this club where the game of 13-year-old Messi made such an impression on the club's leaders that they fully paid Messi's treatment in the amount of about 90 thousand euros per year as well as his relocation to and accommodation in Spain. In fact, only financial assistance to young Messi allowed him to realize his talent and become not only one of the most successful and highly paid football players in the world, but also bring huge profits to his club and shareholders who believed in his talent.

In this case, all the components of success are visible:
- a talented child;
- opportunity to play football in a children's club where he was able to demonstrate his talent;
- getting noticed in one of the world's clubs;
- financing of moving and living in Europe and expensive treatment by the shareholders of the club for possible future success;
- playing with talented teammates led by excellent coaches.

If we remove at least one of these components, the world is unlikely to see the game of Messi which he showed in Barcelona.

Khabar Channel report on the Children's Anti-Tuberculosis Clinic built in Semey, Eastern Kazakhstan by our company for grant provided by Saudi Arabia

Biography of The Founder